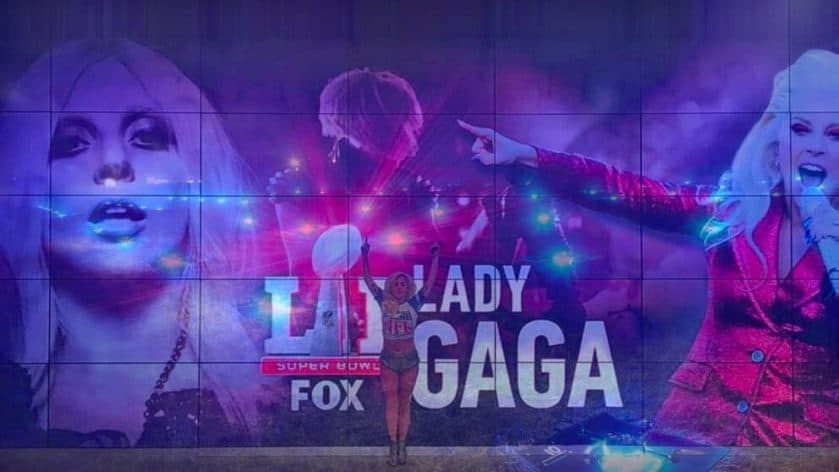 The 12-minute halftime show, sponsored by Pepsi, will feature Lady Gaga performing under a canopy of shimmering drones, CNN reported Saturday citing sources familiar with the production, which Variety can confirm. It’s the first time drones will be used in a live TV event, and the first time the robotic aircraft will appear in the Super Bowl.

Inclusion of unmanned aerial vehicles required clearance from the Federal Aviation Administration, which has placed a ban on drones at or near the stadium.

Earlier this week, the FAA declared a 34.5-mile radius around Houston’s NRG Stadium a “no drone zone” on game day.

The drones for Lady Gaga’s Super Bowl show are expected to be supplied by Intel, which has been touting its Shooting Star GPS-controlled drones outfitted with advanced LED lights.

The tech company’s drones — which can create more than 4 billion color combinations — made their public debut in an eight-week engagement over the 2016 holiday season for a light show at Walt Disney World Resort in Florida that required a fleet of 300 drones to be airborne for 12 minutes.

The Super Bowl’s drone light show required special permission from the FAA, according to the CNN report. The agency has established a 34.5-mile-radius “no-drone zone” around NRG Stadium for the game for safety and security reasons.

Intel is involved in another Super Bowl first: The company is working with Fox Sports to create 360-degree replays recreated as of they were from the point of view of players on the field. An array of 38 cameras positioned around NRG Stadium will capture video to generate the POV replays, which Fox plans to incorporate in the Super Bowl telecast.