All UAS and drones over 0.55 LBS must be registered with the FAA and properly labeled before flight

The following federal laws and guidelines are provided for operators of UAS:

Operate UAS within visual sight at all times

Never Fly over stadiums or sporting events
Flying UAS in and around stadiums is prohibited starting one hour before and ending one hour after the scheduled time of any of the following events:

Specifically, UAS operations are prohibited within a radius of three nautical miles of the stadium or venue.

Further information is available in this handout on sports TFRs (PDF).

Do not fly under the influence of alcohol or drugs

Must remain clear, and yield to all manned aircraft operations

Do not fly near or over sensitive infrastructures (e.g., power stations, correctional facilities)

Do not fly over people

Do not fly in national parks

In addition to FAA Regulations, Individual States may also regulate Drones and UAS 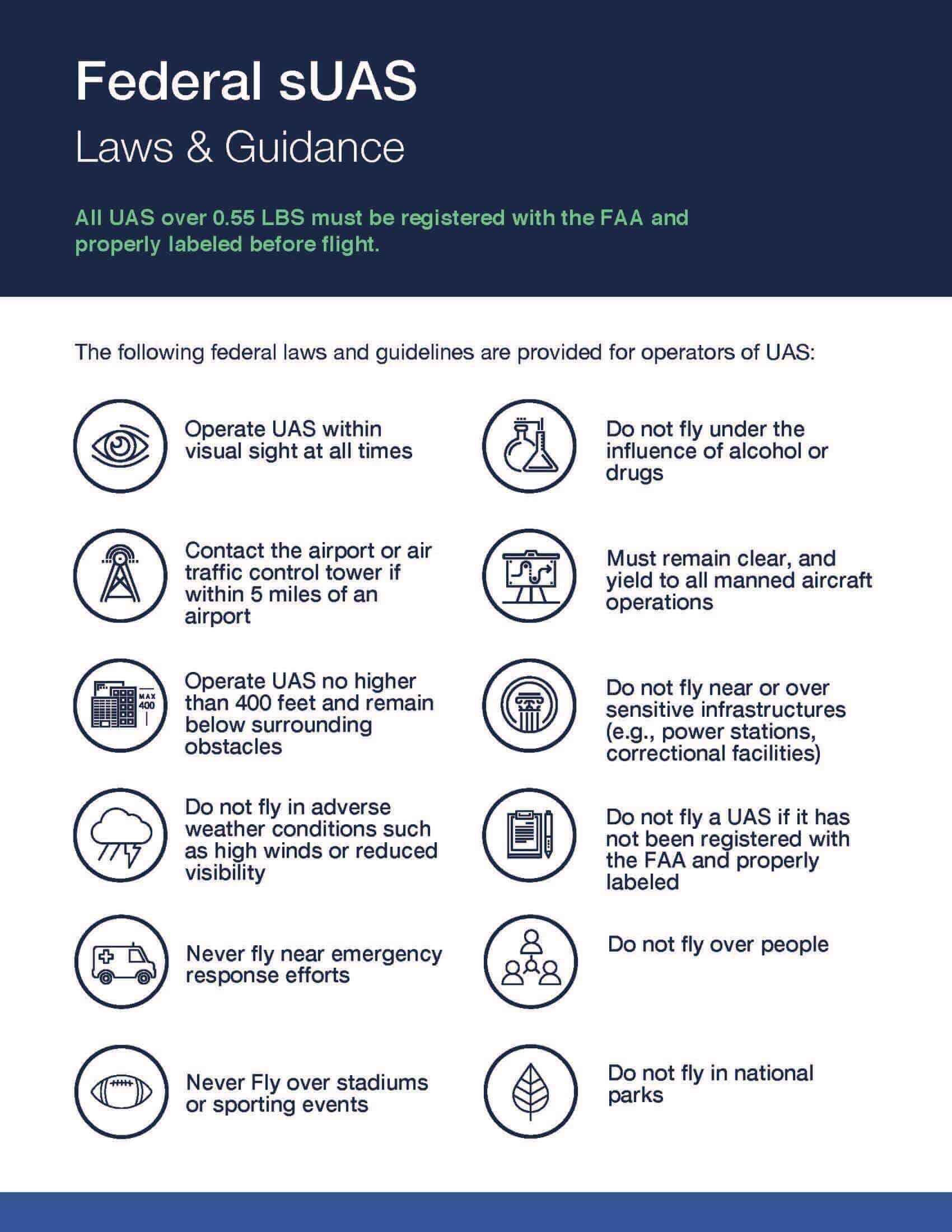