Within the United States, laws pertaining to drones that deal with personal or recreation use tend to have a reputation of being vague and ambiguous. The FAA has also recently introduced new requirements for drone registration that seem intimidating at first, however the reality is that drone laws and drone registration within the United States are relatively simple and easy to understand. Always fly as safe as possible by following these basic rules. 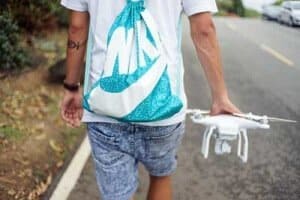 So what do all of these rules mean? After all, I could technically use a pair of binoculars and fly a mile away while keeping my drone in visual line of sight. The first rule is simple, never exceed 400 feet in altitude when flying. Most drones have altitude-meters, so you’re aware how high you are while flying. The reason for the 400 foot limit is so your drone doesn’t interfere with any airplanes, who cannot fly below 500 feet. Moving on, visual line of sight means to keep the drone close enough in order for you or a spotter to see it with your naked eye. Once you can’t see it, the likelihood of crashing exponentially increases, because the live-view from the drone’s camera is extremely limited. The subsequent two rules apply to airports, and manned aircraft operations. These rules are put in place to keep pilots flying manned aircraft safe. Never fly your drone near any aircraft operations, such as helicopters, or small-planes flying, and never fly within a 5 mile radius of any airport without contacting the airport with your flight plan and asking permission. Another regulation is to not fly near people or stadiums. A general guideline to go by is to fly no closer than 25 feet of people. Don’t fly above people or stadiums as well due to the danger of your drone falling on them. If your drone weighs over 55 pounds, it needs a special registration from the FAA. 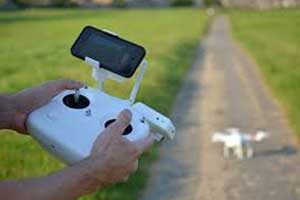 The final prerequisite of the FAA is that you don’t fly recklessly, for obvious reasons. Always complete a pre-flight checklist, and fly gently. A new requirement by the FAA is to have every pilot owning a drone registered with the FAA. The stipulations for registration are “All aircraft weighing more than 0.55 pounds (250 grams) and less than 55 pounds (approx. 25 kilograms), including payloads such as on-board cameras, must be registered.” (FAA.gov) The registration number provided must be clearly marked on the drones you own before flying. This requirement was put in place to hold pilots liable for their actions, should they ever violate one of the rules of flying. While all of these rules and regulations appear complex, they’re created to keep drone pilots flying safely and responsibly. Keep the rules from the FAA in mind at all times when you fly, as your actions represent the entirety of drone pilots. Once you have registered with the FAA and marked the registration number on the drone, you’re all set to fly. Continually abide by these rules and relax knowing that you are educated on the United States drone laws!